Today, we will be looking at his life and career.

In the early 1990s, Couture wrestled at the collegiate level. During his college career, he won 2 silver medals in the field.

He went to wrestle for Team USA in multiple Pan American Games and World Championships. Between 1991 and 1998, Couture won 3 Bronze Medals, 3 Silver Medals, and 2 Gold Medals for his country.

He also served for the United States Military between 1992 and 1998 in the 101st Airborne Division.

Why MMA is becoming increasingly popular among young people 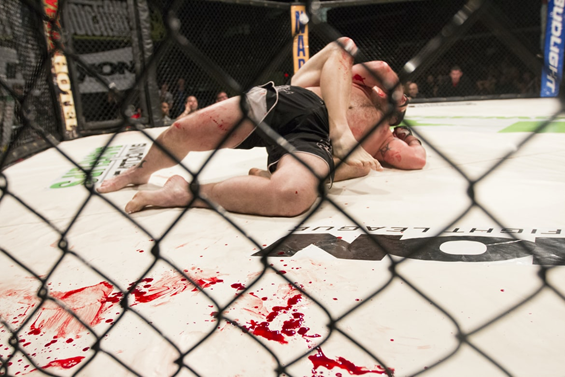 MMA is a very intense form of combat sport. Instead of a boxing ring, the fight takes place in a cage. A fight ends with a knockout or a tap out, and as a result MMA is considered to be one of the most violent combat sports in the world. So, why has MMA grown so popular?

How MMA Has Boosted Casinos

At its inception, MMA  gained popularity primarily as a professional sport, and in some instances as the new form of boxing. When Dana White helped launch the UFC to prominence, these visions of MMA’s potential really started to take shape. Even though MMA isn’t quite as popular as boxing was in its heyday, it has certainly found a place among the most popular professional sports.

However, MMA has also contributed to cultural and business developments beyond the octagon. In addition, partner companies, clothing and apparel brands, and streaming networks may be affected. The most surprising aspect of MMA’s success is how it has boosted casino businesses across the globe.

Who Has A Claim To The Greatest Of All Time Status Within The UFC?

The UFC was founded back in 1993 and has been the driving force behind the popularity of the mixed martial arts world, as the demand for Saturday Night Fights is through the roof, and something that was possibly not imagined back when the UFC was launched. Due to this, we have seen some of the fiercest competitors come through the ranks and claim themselves as some of the best to ever do it, in the newly formed sport, but who can put themselves in the category of being the greatest of all time within the UFC; below we investigate the candidates.

The leading candidate, and possibly the most mentioned fighter when it comes mentioning GOAT status must be Jon “Bones” Jones due to his unbeaten record in the octagon. Not only this, but he also dominated the light-heavyweight division for nearly a decade and has beaten some formidable opponents including Daniel Cormier. The only issue with Jones’ claim to the GOAT status is that he struggled throughout his career with controversy including performance enhancing drugs and clashing with the law in which he found himself arrested on several occasions. If it wasn’t for these issues, Jones is quite clearly the greatest ever.

How to Make a Night Out of a Big Sporting Event

In life, you will sometimes find yourself with special occasions that lend themselves to making an event out of it. As opposed to trying to scrape together plans for a weekend out of boredom, these are moments where everything seems to naturally come together in a way that demands celebration.

Big sporting events are one of these. Perhaps it’s the final of a big tournament or a big fight that has been marketed heavily in recent weeks. It’s one of those times where even people who aren’t huge sporting fans find themselves interested and engaged with the events unfolding before them. So, in this case, if you notice one of these events fast approaching, you might want to make a big night out of it yourself.

UFC has been around for almost 30 years, but it really seems like it’s been in the public eye for the past 8 or 9 years at best. In other words, the popularity of this sport grew significantly over the past decade. There are multiple reasons for that but one of them is undoubtedly Conor McGregor, who is currently the highest-paid athlete in the world. Plenty of fans who got into UFC, did so because they were impressed with Conor, and his eccentric behavior. Since Conor is someone who loves to gamble, it’s natural that this fanbase will be drawn to online casinos, so let’s go over a few things you should know before playing on these websites.

Video slots have become extraordinarily popular thanks to the diversity of themes, motifs, and plots involved. The casino niche is the only one that can successfully morph a classic 3-wheeler into an interactive video game that will award you with prizes ranging from a few cents up to millions of dollars. Among many iconic titles, fighting games and MMA-themed slots are among the most entertaining. If you’re a fan, your best bet would be to read the article and learn more about the best slots in this genre.

Women’s MMA Fighters That Are Rocking The Octagon.

While women’s MMA fighters might not get as much attention and publicity as their male counterparts, there are some badass women out there who are formidable opponents in the Octagon.

In fact, some of the most exciting and dramatic fights in UFC history have been between women. So, here, we will show you ten of the most impressive female MMA fighters at the moment. Whether you are a long-standing fan or are looking to get involved with UFC for the first time, here are the stars to look out for.

Also known as ‘Thug’ in the ring, Rose Namajunas has a very impressive 65-inch reach making her strikes something to fear. Not only that, but the fighter is also a black belt in both taekwondo and karate. She’s also known to use Brazilian jiu-jitsu techniques in her matches, as well as leg kicks.

Namajunas’ professional career got off to a respectable start, with five of her first eight fights resulting in victories. She went on to win the UFC women’s strawweight championship twice.

Having retired in 2021, Khabib Nurmagomedov established himself as one of the best lightweight fighters in UFC history after holding its lightweight champion title longer than anybody else and bowing out with an undefeated record. Today we’re taking a look at The Eagle’s career, from his humble beginnings in Dagestan to his gauntlet of victories against Conor McGregor, Dustin Poirier, and Justin Gaethje in defense of his title.

By taking a look at the most celebrated careers in the UFC, we can also better appreciate the fighters in the industry right now and better anticipate who deserves one of these articles next. Knowing what to look for in legacy-making fighters can help when taking advantage of MMA betting odds, too.

An ultimate guide to dating an MMA fan: things you need to know

So you’ve finally succumbed to the allure of digital dating after recommendations by friends to try uniform dating site and have received your first ‘wink.’ Checking your profile page, you’ve discovered this same person has added a ‘like.’ When you check them out, their photo causes your pulse to quicken, while their personality seems friendly and flirty. You begin exchanging direct messages via the site’s secure communication channel. Then you discover their main passion is MMA. How do you cope with finding out your potential partner is a huge martial arts fan? Here’s what you need to know about meeting an MMA aficionado on a men dating site.