5 Of The Most Dominant Champions In UFC History

Ever since the start of the UFC, it has been home to some of the most dominant fighters that the world has ever seen. There have been many fighters who aren’t just good at fighting, they’re also good at grabbing onto any belt in sight and holding onto it for dear life.

Today we’re taking a look at five athletes whose careers showed that kind of unstoppable dominance, even if they did get stopped in the end. If you’re part of the betting crowd, you should consider checking out Fanduel’s UFC fights odds. If any of the fighters below show up, you know who to put your money on.

Anderson Silva holds the longest title reign in the UFC. If that isn’t dominance, we don’t know what is.

Along with being one of the pioneers of the UFC during its rise to prominence, Silva won the UFC middleweight championship in just his second fight, which was against Rich Franklin at UFC 64. Then the challengers came – and he beat them all.

Dan Henderson, Forrest Griffin, Chael Sonnen, Vitor Belfort, Stephan Bonnar, all of them were repelled by Silva across six whole years. He would finally be defeated in 2013, after 16 victories as champion. This was where Chris Weidman scored lucky punches against Silva while he was showboating.

Always eager to attract the crowds, whether packing arena seats or viewing from home via pay-per-view, the Ultimate Fighting Championship rarely disappoints. Opening the schedule for 2022 will be the UFC 270 event on 22 January, held at the Honda Center in Anaheim, California, as the world’s most popular mixed martial arts promotion gets the new year going with a bang.

Not just one but two eagerly anticipated title fights will be headlining UFC 270, accompanied by a fine array of exciting contests on the fight card for this event. Headlining the event is the UFC Heavyweight Championship title unification, as Francis Ngannou takes on the interim champion Ciryl Gane, finally getting to decide which of these two superb fighters will take the belt.

The second and equally deserving of headlines is Brandon Moreno versus Deiveson Deiveson Figueiredo, as the reigning UFC Flyweight champion prepares to be tested by the number one challenger. As the latest contest between the Mexican and the Brazilian, this is a trilogy fight in which both fighters will be looking for a definitive resolution, plus the chance for one of these two rivals to walk away with the title belt, of course.

Nobody can forget Ngannou’s murderous left hand at UFC 218 in December 2017, rated by ESPN as their ‘Knockout of the Year’, when he delivered the KO punch in the victory against Alistair Overeem. This would firmly establish the Frenchman as a firm favorite amongst MMA fans, which also set him up for a first career attempt at the title.

The opportunity came quickly at UFC 220 in January 2018, although Ngannou was unable to find any way to beat Stipe Miocic on that occasion, as the American broke the record for most consecutive UFC Heavyweight Championship title defenses. Nevertheless, that loss by unanimous decision spurred Ngannou to improve his overall technique, as he sought another opportunity to top the UFC rankings.

Fearsome punching power and great timing brought added four more KO wins to the impressive resume of Ngannou, before the inevitable rematch against Miocic, which eventually came at UFC 260 in March 2021. This time there would be no stopping the fists of Ngannou, who finished Miocic in just two rounds with a KO punch.

The next big UFC event is just around the corner and will be kicking off the new year in style with a huge main event. UFC 270 will take place on Sunday, January 23rd 2022, at the Honda Center in Anaheim in the United States.

UFC 270 will be headlined by a heavyweight title bout between reigning champ Francis Ngannou vs the undefeated Ciryl Gane. The other big fight of the night to warm fans up will see a flyweight title bout between current champion Brandon Moreno and the challenger Deiveson Figueiredo. Both fights will have fans salivating at the prospect of big titles being put on the line to welcome in the new year with.

However, we’ll be focusing on the first of the two events in this article, the heavyweight clash between the Cameroonian, Francis “The Predator” Ngannou, and his opponent, Frenchman Ciryl “Bon Gamin” Gane. We’re going to preview the fight, talking a little about the statistics coming into it and try to make some predictions about what we think might happen.

The biggest UFC Fights Everyone wants in 2022 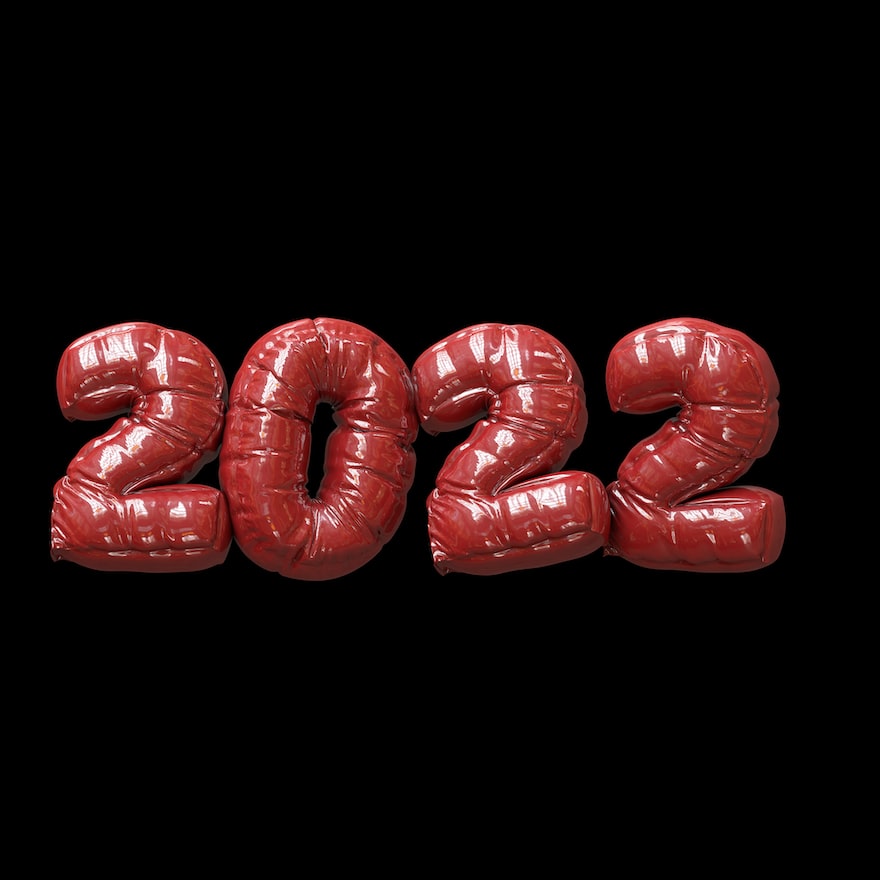 There are some intriguing possible returns set for 2022

The last couple of years have been a test for all sports. Some have coped better than others, and there is little doubt that the UFC has coped among the very best. It is a feature of MMA in general but also of the UFC specifically that it is both willing and able to be flexible, to quickly adapt to the market and its prevailing conditions.

Matt Hughes, Conor McGregor, Daniel Cormier, Jose Aldo, Khabib Nurmagomedov, Demetrious Johnson, and others. If any of these names sound familiar to you, it means you have seen MMA fights at some point in your life. No matter if you are just excited about the fighting art or you are rooting for one specific athlete, every MMA show will not leave you indifferent. According to CBS sports, it is not easy to single out the most impressive and promising fighter, so it is up to the spectators to decide who they love and appreciate the most.

Anyway, before you immerse yourself into watching each contest, you need to learn some basic information about MMA, its rules, and specifications. Keep reading to discover the most appealing facts that will make the sport even more intriguing.

How Governments Regulate Sportsbooks to Be More User-Friendly

Sports betting is far from the occasional hobby it once was and now stands as one of the most impactful economic spheres globally. The niche boasts a market value of around $131.1 billion and is estimated to hit $180 billion by 2026. Regions like the UK, Australia, Canada, and Macau have established industries that generate billions in revenue, and many more countries are following suit, considering the venture’s potential.

One such jurisdiction is the United States, where the federal government recently passed a law allowing each state the freedom to run its own legalized sports industry. States like New Jersey, Delaware, West Virginia, and Mississippi have already embraced the niche, and most others will likely follow suit.

While the issue of government regulation has only started taking off recently, sports betting has always been popular with the masses. Citizens in countries with restrictions often resort to illegal offshore sources, which presents many issues for individuals and society at large. Governments are stepping in to make the environment more friendly, and here is how they are doing it. 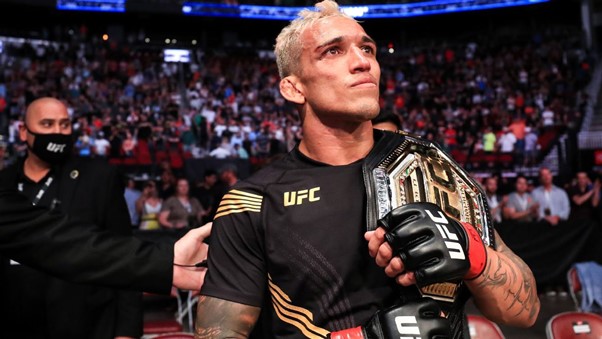 Although the end of 2021 is quickly approaching on the horizon, there is still plenty of time for season’s beatings and with the latest instalment of the UFC’s fight circus coming to Nevada this weekend, more octagon warfare will be on the agenda.

Warfare that will see Charles Oliveira and Dustin Poirier square off in a bid to become the Lightweight champion and with the former currently holding the gold, he will not be in a mood to give it away.

Especially as Oliveira will be undertaking his first defence as king of the Lightweight division and after getting the better of Michael Chandler at UFC 262, he would take possession of the then vacant belt.

Now though, his possession of the belt also means he has a target on his back and with Poirier formerly being anointed as an interim champion within the Lightweight division, he will now look to go one step further.

A step that he has attempted to take before and after being paired against the legendary Khabib Nurmagomedov at UFC 242, the outcome was one that saw the fearsome Dagestani earn a submission victory.

Online Gambling: Tips On How to Benefit From It

Online gambling has seen a huge increase in demand in the past few years. It has also been observed that gamblers from the UK, Austria, and Canada have a huge number of sites to choose from. Some sites only offer a specific type of gambling, while some include all types of games. Nowadays, gambling has been legalized in almost all the countries. These games are fun to play and can also help you earn lump sum money. You may also want to know that there are mainly three types of internet gambling: sports betting, casino, and Poker. People usually play these games with the hope of earning some extra cash. So, why not check if you can get a no deposit casino bonus Canada for free and benefit from it?

Do You Want To Become A Poker Legend?

Business savvy, studying, and practice are key elements for individuals who desire to become professional poker players. One should also have a progression plan which clearly shows how they grow.  Successful poker careers require hard work, determination, and an operational plan which help in increasing chances of realizing these goals.

MMA is a mix of drive, emotions, and fierce fights. But millions of people continue to watch every show, betting on who will be the winner. There are quite a few MMA fighters who have shown amazing skills and strategic thinking. However, some of them never went to college. The point is that you don’t need the education to fight in the octagon. In addition, many famous fighters began their careers without even a couple of thousand dollars in their accounts. So here are the top 5 MMA fighters without college degrees.