How to Win Online: Casino Canada – a Quick Guide for Beginners

How to Win at Online Casinos: All You Needed to Know About Modern Gambling

Many novice gamblers believe that there are ways to consistently outplay online casinos. Unfortunately, this is not actually true. You will never cheat a real casino online. Moreover, you will lose most of the time. Despite that, there are methods that might increase your win rate. Not a single strategy allows you to win constantly because every Canada online casino has an advantage. Nevertheless, our tips can help you to enhance your chances of success. Read this article if you are willing to learn more about casino advantage and the basic gambling strategy. 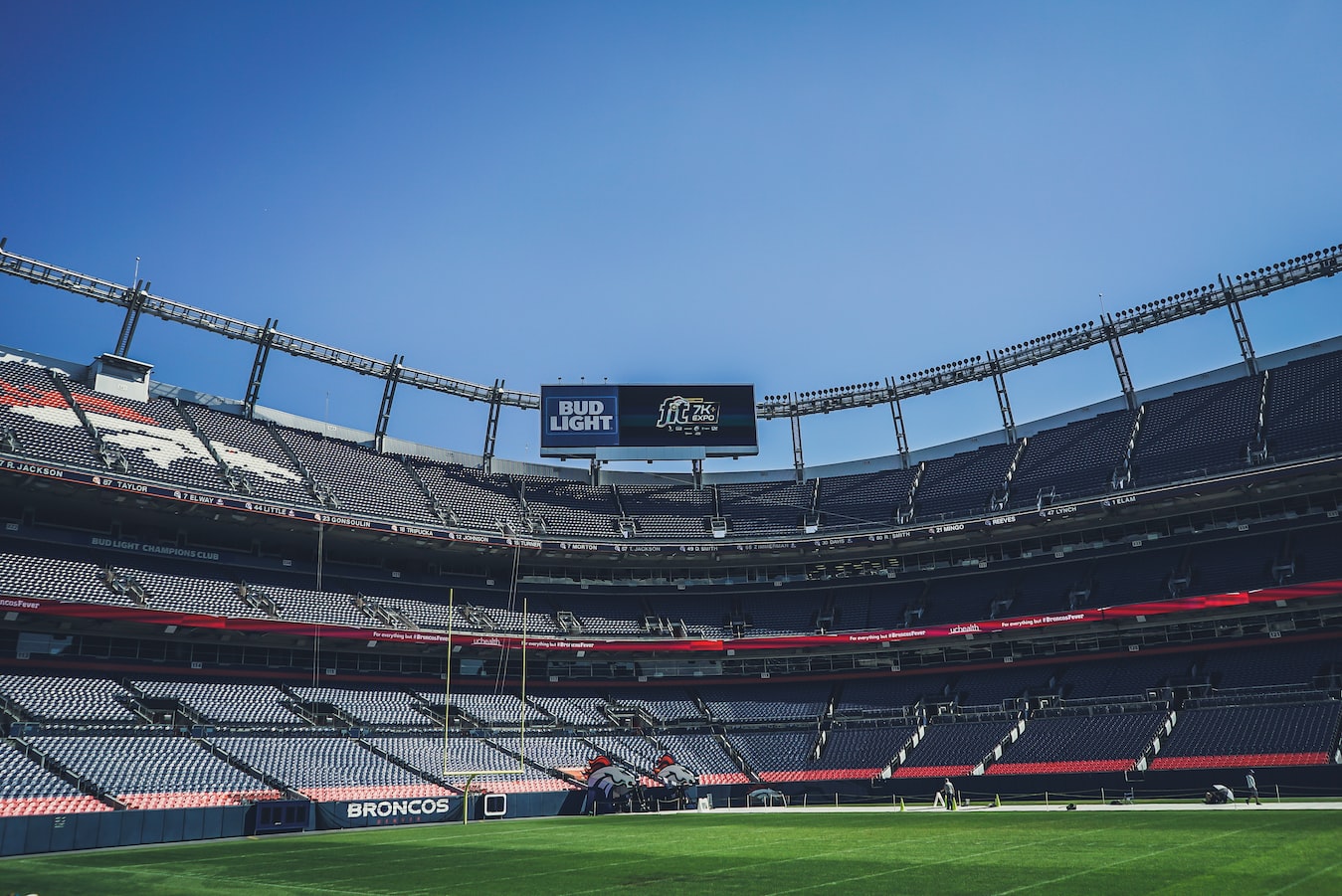 High Profile Retirements the Story of 2020; but UFC in Good Hands

All combat athletes have to call time on their careers at some stage, but 2020 has seen the UFC lose some of the biggest pay-per-view draws to ever grace MMA and the Octagon.

As great cage fighters retire, it makes room for others to step up and take their place in the spotlight. That is something Dana White needs in the lightweight division as two of the main attractions in that category won’t compete again.

All sports move on when a big name hangs it up, and so must the UFC. Here we take a look back and celebrate three MMA superstars that retired in 2020.

Should MMA Athletes Incorporate Nitric Oxide into Their Training Regimen?

The world of mixed martial arts is certainly grueling. Up-and-coming competitors will often be forced to fight multiple bouts each month with little downtime. Training schedules are notoriously strict and diets can be hard to follow. Of course, all of these sacrifices are worth it once an individual steps into the octagon. We should still mention that victory could very well come at a physical price thanks to chronic issues such as soreness, fatigue and an overall lack of motivation.

This is why supplements are playing an increasingly important dietary role in regards to MMA athletes. While we have all heard about substances such as human growth hormone (HGH) and creatine, what about formulations which are intended to increase blood flow to the extremities? These are commonly referred to as vasodilators and nitric oxide is undoubtedly the most common. Might supplementing with nitric oxide be a good idea? Let us take a look at what MMA fighters should consider. 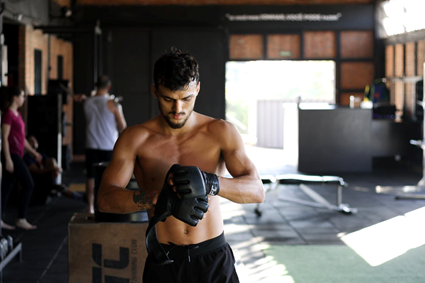 Whether you are looking for a sport to bet on, get involved with, or learn more about, you have a variety of options available to you today. Throughout your research, it’s likely that you’ve come across everything from hockey to lawnmower racing. Whatever the situation, there is simply no denying that there is a whole slew of options out there when it comes to the wide world of sports. Despite this, only a select few can be at the top. Basketball is one of those sports, with its ability to draw in millions and millions of fans every year. With more than 200 basketball-playing nations competing against each other every year, the Olympic dream matchups, and all the local events, it should be easy to understand why basketball became so popular and is still growing. 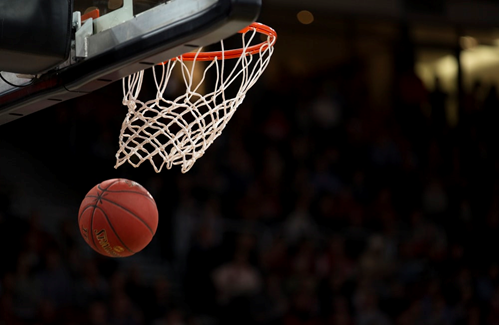 The Practical Beginner’s Guide to Boxing

Have you always seen yourself immersed in boxing but don’t know where to start and what to do? While boxing might seem intimidating, it isn’t. On the contrary, it’s an elite fitness sport that will not only help you get into shape but will also offer you some insider life hacks and tips. If you’re new to the boxing scene, buckle up! The fun wild roller coaster ride is about to begin, and every stage will require a new you to enjoy fully.

While one sees the sport as a throwing punch activity, it’s easy to get cold feet. One might have tensed muscles, stiff punches, and clenched jaws in fear of the outcome. However, the secret to boxing is letting loose. Shake your body, and avoid keeping your muscles tight. Ensure you have relaxed hands at all times. The art of relaxation in any sporting or slot machine online activity in various sites, including joker388, is the secret to achieving your goal much faster. You get to have a clear focus and let the fear of the unknown fade into oblivion. In the process, you get to learn more about slot machine online games and discover secret winning strategies that you’d have missed were you all tensed up.

Which Is Better? MMA Or Boxing

Engaging in any sporting activity comes with immense benefits and everyone has got his or her own sports preference. To participate in any sporting activity, it all starts from self-interest and you may opt to play a given sport professionally, or as a hobby – just for fun. As much as some sporting activities could be similar, each sport has its own rules and regulations. Both Mixed Martial Arts (MMA) and boxing have a long history of existence and while they are somewhat similar, there is a clear difference between these two combat sports.

Here are the key differences between the MMA and boxing:

The Missing Key To Gambling Success

COVID continues to sweep across the globe, forcing more and more people into lockdown, and leaving people with tons of free time on their hands. A lot of people are using this free time for gambling. And, there is nothing wrong with this. However, gambling can be a bit risky, and with all the financial uncertainty out there today, one can’t be too careful with their money. While there are no proven methods that will make you a complete success, there are some methods and information that will enhance your overall chances of success. Should the UFC Consider Booking Jon Jones against Israel Adesanya?

Since becoming the UFC’s middleweight champion, Israel Adesanya has enjoyed something of a verbal sparring session with Jon Jones. In turn, speculation has emerged relating to a potential bout between the two high-level fighters.

On paper, a contest involving both competitors promises to set new pay-per-view records, surpassing that set by Khabib Nurmagomedov and Conor McGregor at UFC 229. So, let’s take a look at whether a fight between Adesanya and Jones is something that the UFC should seriously be considering.

In the near future, it appears unlikely that the Las Vegas-based promotion would strive to book the Last Stylebender and the former light heavyweight champion. Fundamentally, this is because of Jones’ short-term plans.

Back in August 2020, the consensus 205-pound king vacated his belt in targeting a move up to heavyweight, as per TheGuardian.com. As a result, several fighters have been open to welcoming Bones to his new weight class, including the reigning champion, Stipe Miocic, who has warned the newcomer of the division’s one-punch knockout power.

On the other hand, Adesanya’s upcoming plans don’t point to a burning desire to face Jones imminently. Following his second-round victory over Paulo Costa at UFC 253, the Nigerian-born fighter called out Jared Cannonier, should he defeat Robert Whittaker in their upcoming bout. Despite the hurdles, there are numerous benefits to booking the fight between two of the company’s most famous stars. Aside from the financial advantages, a superfight of that magnitude would undoubtedly grow the UFC’s viewership.

How HGH can be Beneficial to Sports Training Performance

Disclaimer: HGH is a prohibited substance by WADA & USADA.  This article is strictly informational and not an endorsement of use.

Sports training plays an integral part in molding athletes to be the best version of themselves. It’s a chance to stretch beyond the limits and improve your physical performance. However, one’s performance can’t be at the peak level all the time. That’s why some athletes resort to taking human growth hormone to enhance their performance. There are a number of myths and fallacies surrounding HGH. These mostly emanates from people with minimal or zero information about HGH. Note that the HGH is approved by the FDA, and it has numerous benefits in improving one’s sports training performance. Here’s is how: