Remembering Stephan Bonnar: A UFC legend that will never be forgotten 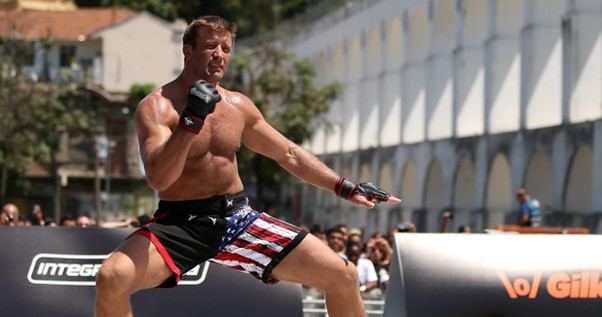 On December 23, 2022, the MMA community was deeply saddened by the tragic news that former UFC light heavyweight contender Stephan Bonnar died at the age of 45.

“Stephan Bonnar was one of the most important fighters to ever compete in the octagon,” commented UFC President Dana White. “His fight with Forrest Griffin changed the sport forever, and he will never be forgotten. The fans loved him, related to him, and he always gave them the best. He will be missed.”

Bonnar made his name known during the UFC’s first-ever airing of The Ultimate Fighter reality show in 2005. And with the help of Forrest Griffin, Bonnar produced one of the greatest fights of all time, a bout that earned him a place in UFC’s Hall of Fame fight wing.

“It was kind of a little lesson,” Bonnar said regarding his bout with Griffin. “If you never quit, you really can’t fail. That was the perfect example of that. Give it everything you’ve got, and something good will come out of it.”

Bonnar and Griffin helped pioneer the sport while ushering in a new generation of mixed martial arts fans. The unforgettable three-round war between the two helped the promotion secure another season of The Ultimate Fighter, a show that still exists today.

“Everything changed,” Bonnar said when discussing the events surrounding his three-round war with Griffin. “I didn’t think I’d have a UFC career. It was just a little hobby I was doing, so it changed everything. Almost overnight, I became like a celebrity. Everywhere I went, someone would recognize me, even in obscure places. I was traveling with Tapout, and we were in a small town. I was jogging, and someone in a pickup was going, ‘Hey, Bonnar.’ And everywhere you go, someone knows who you are. It was wild.”

The UFC struggled to keep the lights on, and Bonnar will be widely credited for rescuing the promotion despite losing the fight against Griffin. Typically, the UFC would award the winner of the TUF competition a contract, but it was no surprise when Dana White signed Bonnar to a three-fight deal that later extended to a seven-year career with the promotion.

Bonnar recovered from the Griffin loss emphatically, winning his first three fights under the UFC banner, one of which ended an impressive win streak of Keith Jardine. Bonnar’s career highlights and reputation continued until 2014 when he found success over James Irvin, Krzysztof Soszynski, Igor Pokrajac, and Kyle Kingsbury.

And although it didn’t garner the attention as their first meeting did, he would fight Griffin in a rematch and compete against fellow Hall of Famers Rashad Evans, Mark Coleman, Anderson Silva, and Jon Jones before hanging up the gloves with a 14-9 professional record.

In a bid to establish himself in another organization – one year following his induction into the UFC Hall of Fame – Bonnar came out of retirement to face Tito Ortiz at Bellator 131. Unfortunately, he lost the bout via split decision and would retire for a second time.

Bonnar was a betting favorite amongst MMA fans for a good reason. He wasn’t the most technical fighter and didn’t reach championship status, but you could always guarantee that he’d fight for your money. And his life in the spotlight didn’t end with MMA, as Bonnar made his professional wrestling debut at Smashmouth Pro Wrestling in August 2017.

Bonnar’s personality was infectious, and Impact Wrestling welcomed Bonnar to the squared circle for another stint in the ring between 2017 and 2019. With Ontario betting apps at the ready, the Ottawa crowd in Canada was gifted with the Impact Wrestling debut of Bonnar as he faced fellow MMA competitors King Mo and Bobby Lashley alongside Moose.

It’s been a challenging 2022 as we’ve lost some of the good guys. Bonnar will leave behind his wife Andrea and their 10-year-old son Griffin, who was heartwarmingly named after his Dad’s rival.

UFC Fight Pass members can relive the career of Bonnar through their extensive fight library, and there’s no denying that his presence within the sport will be remembered for a lifetime.

This site uses Akismet to reduce spam. Learn how your comment data is processed.

Before asking where a specific fighter is ranked or why they aren't ranked:

- We update the rankings once per week, usually on Sunday or Monday.

- Fighters who have not fought in 450 days or more ARE NOT RANKED UNDER ANY CIRCUMSTANCES.

- Use the "Fighter Search" option in the upper-right of the page. The fighter may be ranked in a different division.

- Most of the divisions have multiple pages beyond this one. See the clickable ranges above and below the ranking table.

Furthermore, we do not maintain the "next fight" data. This is gathered from Sherdog. Any issues regarding this data should be forwarded to them.