Rematches The Order Of The Day On Recent UFC Cards

When it comes to UFC competition, the promotion loves itself some rematch action.

That was certainly the case with UFC 263. Israel Adesanya easily handled Marvin Vettori in their second bout, defending his UFC world middleweight title with a one-sided unanimous decision over Marvin Vettori. That wasn’t the outcome in the in the world flyweight title bout, though. Champion Deiveson Figueiredo was submitted by challenger Brandon Moreno in their second meeting inside the octagon.

It’s not difficult to understand this love affair with rematches. They’re easy to promote, after all. There’s already an established storyline. If the previous bouts were seesaw affairs, it also makes for lucrative opportunities when it comes to the UFC betting lines on these fights.

UFC 264 on July 10th from T-Mobile Arena in Las Vegas will also see a rematch as its main event bout. Dustin Poirier takes on Conor McGregor in what will be the third leg of a trilogy of fights between the two men. That the winner will likely be in line for a shot at middleweight champion Charles Oliveira’s world title belt only adds further intrigue to this rematch. 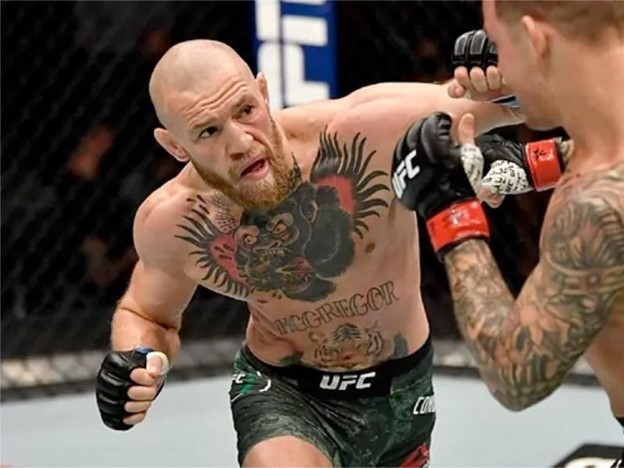 “McGregor vs Poirier” by Getty is licensed under CC BY 3.0

This duo of lightweight contenders each own a knockout of the other in their two previous meetings. McGregor scored a first-round technical knockout when he clashed with Poirier for the first time in 2014 at UFC 178.

Their second meeting, as the main event at UFC 257, was intended to be a stepping stone for McGregor along the comeback trail en route to regaining the UFC world lightweight title. Instead, the Notorious One stepped in you-know-what. Delivering a second-round knockout, Poirier rained down a series of punches on McGregor and left the Irish former two-division world champion a puddled mess on the canvas.

So what’s the outcome of their third clash inside the cage? Well, that all depends on who you ask.

McGregor, naturally, thinks it will be him. He shoulders the blame for his loss in their second bout. The Dublin man insists that he made a mistake by making the trip to UFC 257 a family affair. McGregor’s wife and kids joined him on the journey to the fight and sat at ringside on fight night. He believes that their presence took the hunger and animal instincts out of his game and left him vulnerable against Poirier.

For this bout, McGregor is flying solo in Sin City. He’s taking a page right out of Rocky IV and trying to locate the eye of the tiger.

“I beat him in the original bout,” McGregor told Fox Sports. “I lost in the rematch. And then we’ve got a trilogy. I’ve got a few little adjustments to make.

“I feel very, very confident. I’m very focused and driven. And I’ll go in there and put on one hell of a performance and get it back on July 10th.” 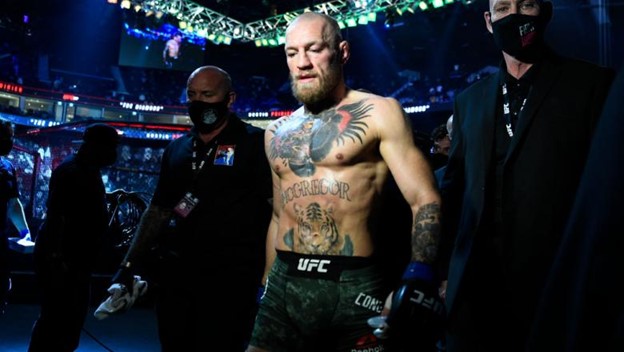 Too Much Boxing Influence?

Others aren’t as confident in the Notorious One’s ability to relocate his mojo. He’s only been inside the octagon for two bouts since 2018, facing a grand total of eight minutes and 12 seconds of competition.

“I felt like in this fight (at UFC 257), he (McGregor) was doing too much boxing in his preparation,” Shevchenko told MMA journalist James Lynch on his Fanatics View podcast. “The moment when the hit landed from Dustin, it was just like the kind of . . . in MMA, you would go for a clinch, you would try to have a little bit time to recover and get back on your feet. But in boxing, you are trying to escape and move around.”

Shevchenko anticipates that McGregor will be more like his old self in the rematch, but she wouldn’t go as far as to pick him to be the winner of the bout. In fact, she ended her assessment of the third McGregor-Poirier fight on an ominous note regarding McGregor.

“I definitely believe he would do adjustments and I think it’s going to be a very good fight, but Dustin Poirier, he is a very strong fighter,” Shevchenko said. “After this amazing success, it gave him much more confidence, much more power, much more energy.

“When two fighters of the super high level are meeting each other, it’s very hard to predict the result, but my sympathies go to Conor McGregor.”